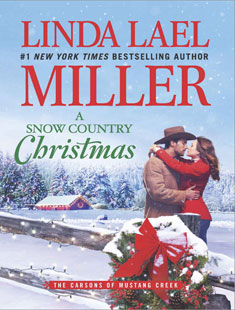 It's a Christmas affair to remember as a Hollywood mogul discovers his inner cowboy—and the woman of his dreams—amid the rugged beauty of Wyoming. Raine McCall would take snow-covered mountains over a star-studded premiere any day. But when hotshot movie executive Mick Branson arranges dinner on Christmas Eve to discuss a work opportunity, she's intrigued—by the offer and the man. She's a no-makeup, no-frills single mom, who's happy with her quiet life. Sharing chili cheeseburgers and sizzling kisses with Mick is sure heating up her holiday, but country girl and power player don't mix… It's not just work that's brought Mick back to Mustang Creek. Since he first visited to oversee a documentary, free-spirited graphic designer Raine has been in his head. Her approach to life is as unconventional as her quirky holiday ornaments. Their attraction is undeniable—and so are their differences. Putting down roots in the Wild West wasn't in the script. But there are some Christmas gifts you can't walk away from, even when they turn your whole world upside down… 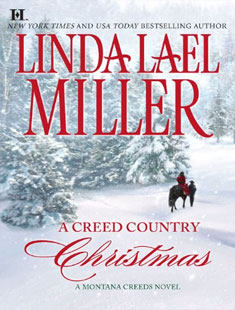 Celebrate the holidays with the Creed forefathers—Montana men who built the family homestead and established a legacy of love… In the unforgiving Montana wilderness of 1910, widowed rancher Lincoln Creed is up against more than rustlers, wolves and the coming winter storms. His young daughter has needs beyond the beans and bacon he can barely cook. Lincoln must find little Gracie a governess, a lady who can teach and cook—yet won't set her sights on him. Disowned for her refusal to marry, twenty-five-year-old Juliana Mitchell shares the love in her heart with her young students at the underfunded Indian school. When she meets Lincoln and Gracie, her response to the handsome rancher makes her realize she's not against marriage after all. She longs to help, yet the two orphaned brothers in her care need her. But in the season for miracles, Providence just might find a way to bring Juliana, the boys and the Creed family together for Christmas Eve…. 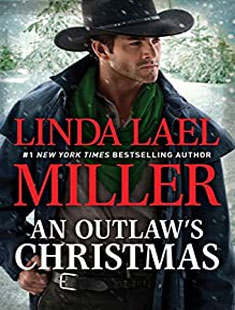 Link to Amazon
An Outlaw's Christmas
(The McKettricks)

Celebrate the holidays with this remarkable McKettrick tale by beloved #1 New York Times bestselling author Linda Lael Miller With his wild heart, Sawyer McKettrick isn't ready to settle down on the Triple M family ranch in Arizona. So he heads to Blue River, Texas, to seek a job as marshal. But in a blinding snowstorm, he's injured—and collapses into the arms of a prim and proper lady in calico. The shirtless, bandaged stranger recuperating in teacher Piper St. James's room behind the schoolhouse says he's a McKettrick, but he looks like an outlaw to her. As they wait out the storm, the handsome loner has Piper remembering long-ago dreams of marriage and motherhood. But for how long is Sawyer willing to call Blue River home? As the gray skies clear, Piper's one holiday wish just might bring two lonely hearts together forever.

The sudden death of the town marshal leaves Blue River, Texas, without a lawman…and twenty-five-year-old Dara Rose Nolan without a husband. As winter approaches and her meager seamstress income dwindles, she has three options. Yet she won't give up her two young daughters, refuses to join the fallen women of the Bitter Gulch Saloon and can't fathom condemning herself to another loveless marriage. Unfortunately she must decide—soon—because there's a new marshal in town, and she's living under his roof. With the heart of a cowboy, Clay McKettrick plans to start a ranch and finally settle down. He isn't interested in uprooting Dara Rose and her children, but he is interested in giving her protection, friendship—and passion. And when they say "I do" to a marriage of convenience, the temporary lawman's Christmas wish is to make Dara Rose his permanent wife….

Come home to the heart of a frontier town....
Linda Lael Miller created magic in five novels set in Springwater, Montana -- and in the delightful characters whose lives and hearts entwine in each of her enchanting tales. Now, come back to Springwater for an unforgettable holiday -- and join in the tears and the smiles when a prodigal son returns to find love at long last. When Jack McLaughlin drifted into Springwater, he carried little more with him than his bitter memories of the Civil War and the shattering secret of a promise betrayed in the heat of battle. Wounded soul-deep, and fearing the wrath of his own parents, Jack has hidden his identity and come to Springwater to see his mother and father from afar, even if he can't bear to face them. Taking odd jobs and keeping a low profile, Jack finds a safe haven at the town's new rooming house. Olivia Darling had never done anything impulsive -- until she left the east and opened a boarding house in Springwater. But still an outsider at heart, and struggling to make a success of her business, Olivia finds herself turning to the other newcomer in town, the rough-hewn and embittered man she's taken in. As the Christmas season brings them together, Olivia finds in Jack's arms a passionate sweetness she never knew existed. And with the stunning revelation of Jack's true identity, all of Springwater witnesses a heartwarming reunion that will change their lives forever. 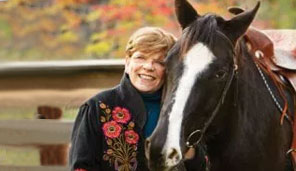 The daughter of a town marshal, Linda Lael Miller is a #1 New York Times and USA TODAY bestselling author of more than 100 historical and contemporary novels, most of which reflect her love of the West. 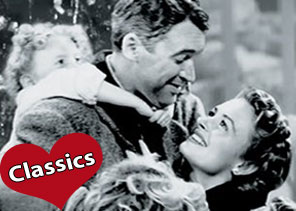