Her Bestselling Novels with Links to Amazon 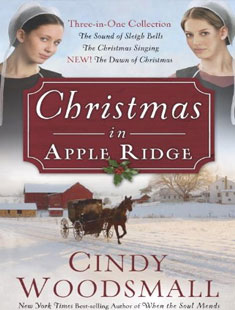 The Sound of Sleigh Bells
Beth Hertzler is unable to let go of a past tragedy, but when she discovers a large, intricately carved scene of Amish children playing in the snow, something deep inside Beth’s soul responds. Determined that her niece meet the gifted artist, her aunt tracks him down, but it’s not that simple – will Jonah be able to offer Beth the sleigh ride she’s always dreamed of and a second chance at real love?
The Christmas Singing
Mattie thought her childhood sweetheart adored her until he abruptly ended their engagement on Christmas Eve. Brokenhearted, Mattie moves away and pursues her longtime dream of becoming a cake decorator, and even finds a new beau. But when Mattie is forced to return home three years later, will learning the truth behind Gideon’s rejection restore her Christmas joy – or open the door to even deeper heartbreak?
The Dawn of Christmas
Sadie enjoys her freedom away from home and her mission trips to Peru, but after four years, her Old Order Amish family insists it’s time to come home and settle down. Levi, a bachelor who distrusts women after a family heartbreak, also has no desire for romance. To keep their families from meddling in their lives, Sadie and Levi devise a plan—but soon discover that the walls around their hearts are breaking down. Can they let go of their prejudices and learn to trust each other to embrace a future together? 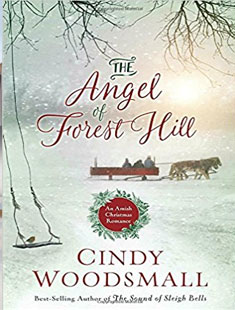 Link to Amazon
The Angel of Forest Hill

A time of anticipation. A season of miracles.
Because of Joel’s impossible situation, twenty-one-year-old Rose must sacrifice everything. As days pass into years in the midst of the beautiful hills, the laughter of children, and God’s providence—is it too much for Rose to hope for love in return?
An amazing journey toward love and belonging, filled with the wonder of the season of Christ’s birth.
When Old Order Amish Rose Kurtz is asked to leave her family, travel deep into West Vir­ginia, and help Joel Dienner with his children in the wake of tragedy, the quiet young woman recognizes a home where she might find kindness instead of criticism and hope replacing harsh words. She agrees to stay in Forest Hill and become Joel’s wife for the sake of his family needs, but their marriage is to be a partnership, one built from need, not love and affection.
As the years pass, Rose continues to beckon Joel to join life again, to take joy in his growing children, and to awaken his heart to the possibility of new love. Joel hopes that Rose can move beyond deep-rooted hurts to see the beautiful Christmas ahead, their season. But will the arrival of a beautiful widow and a series of misunderstandings reverse how far Rose and Joel have come? 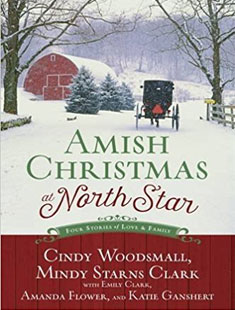 One night four lives entered the world by the hands of an Amish midwife, just outside North Star, Pennsylvania. Rebekah’s Babies, as they are called, are now grown adults and in four heartwarming novellas each young person experiences a journey of discovery, a possibility of love, and the wonder of Christmas.
Guiding Star by Katie Ganshert
Curiosity gets the best of Englischer Chase Wellington when he investigates the twenty-five-year-old disappearance of an Amish baby. When he finds adventurous Elle McAllister in Iowa will his discoveries upend her world?
Mourning Star by Amanda Flower
Eden Hochstetler slips from her parents’ fudge shop to investigate the death of her friend Isaac. Who is guilty? Isaac’s handsome great nephew Jesse, an angry Englischer, or someone else?
In the Stars by Cindy Woodsmall
Heartbroken Kore Detweiler avoids North Star after Savilla Beiler rejects his love. But when he is unexpectedly called to return home, he and Savilla must join forces to keep a family together.
Star of Grace by Mindy Starns Clark and Emily Clark
Andy Danner left North Star to join a new Amish settlement in Mississippi. His little brother devises a scheme to bring Andy home for Christmas and unwittingly unleashes the power of forgiveness in a reclusive widower’s life.

Link to Amazon
The Gift of Christmas Past

Arson wasn't the only fire that ignited between them.
Promises shattered. Lies spoken. She was arrested. He returned to the safety of his wealthy parents.
Almost ten years later, Hadley and Monroe are both specialists in the field of speech therapy. They meet again . . . thrown together to help a four-year-old-girl rendered mute after being rescued from a fire.
Years of secrets and anger beg to be set free as Hadley and Monroe try to push aside past hurts and find common ground in order to help the traumatized child and her family.
Can the love of Christmas past drift into the present, bringing healing and hope for all? 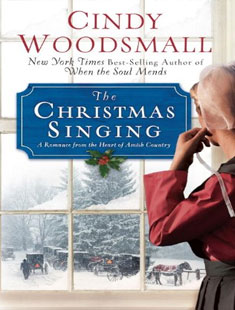 Link to Amazon
The Christmas Singing

Gideon Beiler has loved Mattie Eash since they were children. But when faced with unexpected circumstances, he makes up an excuse to end their engagement. He doesn’t want to lie to her, but he believes that telling Mattie the truth will be more hurtful.
Brokenhearted, Mattie moves from Apple Ridge, Pennsylvania to Ohio, where she pursues her longtime dream of becoming a cake decorator. She finds a new beau—a man offering the secure relationship Gideon has denied her.
When Mattie is forced to return to Apple Ridge, she and Gideon must confront the suffering created by his dishonesty--and address the powerful emotions that continue to bind the two childhood friends.
After Gideon coldly broke her heart, can the warmth of the season revive Mattie’s faith in love? 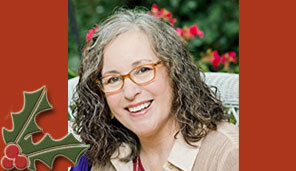 Cindy Woodsmall is a New York Times, CBA, ECPA, and USA Today best-selling author who has written seventeen (and counting!) works of fiction and one of nonfiction. Cindy has been featured on ABC Nightline and on the front page of the Wall Street Journal,and has worked with National Geographic on a documentary concerning Amish life.