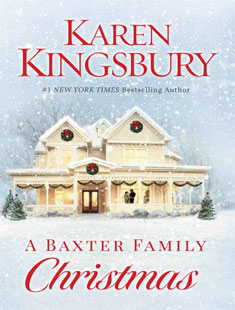 Two years have passed since the terrible car accident that took the life of John Baxter’s daughter, Erin, her husband and three of their four daughters. Prompted by grief, and missing his daughter, John has invited a stranger for Christmas Eve dinner—Kendra Bryant, the transplant recipient who now has Erin’s heart. In light of their father’s idea, Ashley and her brother Luke don’t think it’s right. They want to protect their ten-year-old niece, Amy—the only surviving member of the accident. But John is determined and believes meeting this woman is something his deceased daughter would want.
At the same time, Maddie West, the eighteen-year-old daughter of Brooke Baxter West, is praying for meaning this Christmas. Could she find it in a newfound friendship with a boy she never expected to see again? Maddie believes in miracles, especially at Christmastime, but this is a stretch even she can’t imagine. Meanwhile, Kendra Bryant has been struggling these past few years to find purpose in the tragedy that gave her a second chance. She believes the invitation to see the Baxters and witness their unwavering faith in God can instill peace and happiness back into her life.
Heartwarming and touching, filled with love and redemption, A Baxter Family Christmas brings together two families in the aftermath of loss and in the midst of an unfolding love story, all with the help of one very special child. 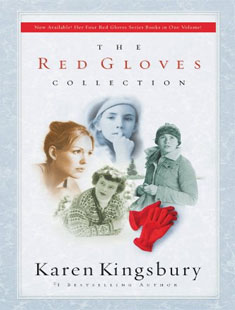 Compiled in this collector edition are Gideon's Gift, Sarah's Song, Maggie's Miracle, and Hannah's Hope. Readers worldwide have been touched by these heart-warming tales of hope, inspiration, and joyous miracles by bestselling author Karen Kingsbury.

One long-ago Christmas, Earl Gibson lost the two things most precious to him: his wife and daughter. Angry and heartbroken, he ended up living on the streets and abandoned any belief he'd once had in God. Ten years later Big Earl meets Gideon, a seven-year-old leukemia patient who believes with all her heart that "Christmas means never having to ask God how much he loves us." Gideon is determined to reach this lonely and hurting man who hates Christmas--and he is just as determined to rebuff her. It will take a miracle for Earl to come to understand the true meaning of Christmas. But if he can accept what Gideon wants to give him, he might find that he can return the favor with a precious gift of his own. In GIDEON'S GIFT, Karen Kingsbury reminds us that Christmas is still a time of miraculous possibilities if only we reach out to those around us. 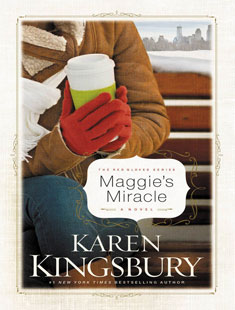 Megan Wright spent one unforgettable summer week with a boy when they were both teens. And despite a lifetime of heartache and bad choices, she has never let go of his magical definition of love, even if she has trouble believing in it. After college Megan settled for a relationship of convenience. Now she's a high powered attorney and, after the death of her husband two years ago, has been looking for help with her lonely young son.
Across town, Casey Cummins is still dealing with the tragic loss of his wife. His search for meaning and hope leads him to contact the Manhattan Children's Organization, who connects him with a fatherless child. Life suddenly takes a series of unusual twists, and soon Megan will learn that the teenage boy from all those years ago actually kept his promise, and the miracle she prayed for as a girl is only a breath away.

Every year Sarah Lindeman celebrates Christmas the same way, placing one special ornament on her tiny tree on each of the twelve days of Christmas. It is her time to remember where she came from, who she is today, and how long ago a song gave her another chance at love. But this year the ritual is different. This year a desperate young woman is listening, a nurse who cares for Sarah at the Greer Retirement Village. Sarah senses a familiar struggle in the woman's soul and shares the story of her song in hopes that it will help her find healing, as it did Sarah so long ago. 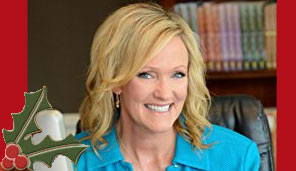 Karen's last dozen titles have topped bestseller lists and many of her novels are under development with Hallmark Films and as major motion pictures. Her Baxter Family books are being developed into a TV series slated for major network viewing sometime in the next year. 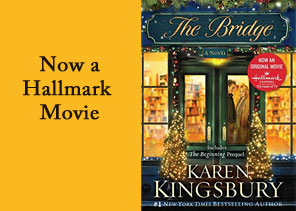